Unfortunately, because of the Covid-19 pandemic and the government restrictions introduced to combat the spread of the virus, the 2020 celebrations planned to mark the 650th anniversary of Dunbar being granted the status of a “free burgh” have been severely constrained. One related project, however, has been quietly underway, and I am writing to invite the assistance of Dunbar residents in taking it forward.

The charter of 1370 by David II King of Scots establishing Dunbar as a burgh of barony required, among other things, the erection of a “public mercat cross”, to be the location of a weekly market. At the beginning of this year, a working group made up of Community Councillors and representatives of the Dunbar and District Local History Society, the local Rotary Club and Traders Association initiated the Mercat Cross Conservation and Enhancement project to mark the anniversary. The project has received encouragement and support from East Lothian Council, which is responsible for the cross.

The version that stands in front of Dunbar Town House is not the original one. It was placed there in 1912 when it was assembled from fragments of different dates, the ashlar octagonal shaft then being thought to have been part of the historic cross. Research into its’ history continues, but present evidence suggests it can best be described as being representative of a possible succession of crosses that stood in the High Street from 1370 to the mid-18th century.

The working group agreed it was first necessary to conduct a detailed examination of the cross to establish its’ conservation requirements. This was assisted by a cutting edge photographic/digital survey undertaken by 3D Measuring and Modelling of West Barns. The resulting images greatly assisted the work of a distinguished conservation architect, who, following detailed on site inspections, recently has produced a report outlining the work that needs to be done to preserve and enhance the cross for future generations. The next step will be to have his proposals costed.

During historical research, the attached photograph emerged from the files of the Dunbar and District Local History Society. It shows a man and boy with the cross prior to it being moved to its century-long position in front of the Town House. The man is thought to be George Cunningham, a prominent local builder at the time, the boy perhaps being a relative or an apprentice. Information from Dunbar families of long standing on the identities of these individuals would be welcome.

Also, stories of incidents that occurred at or near to the cross during the last century would add to the working group’s understanding of its role in the civic and social life of Dunbar. Messages can be delivered to the local history museum at the Town House. Or by email to the Dunbar Community Council. Responses will be sent in each case. 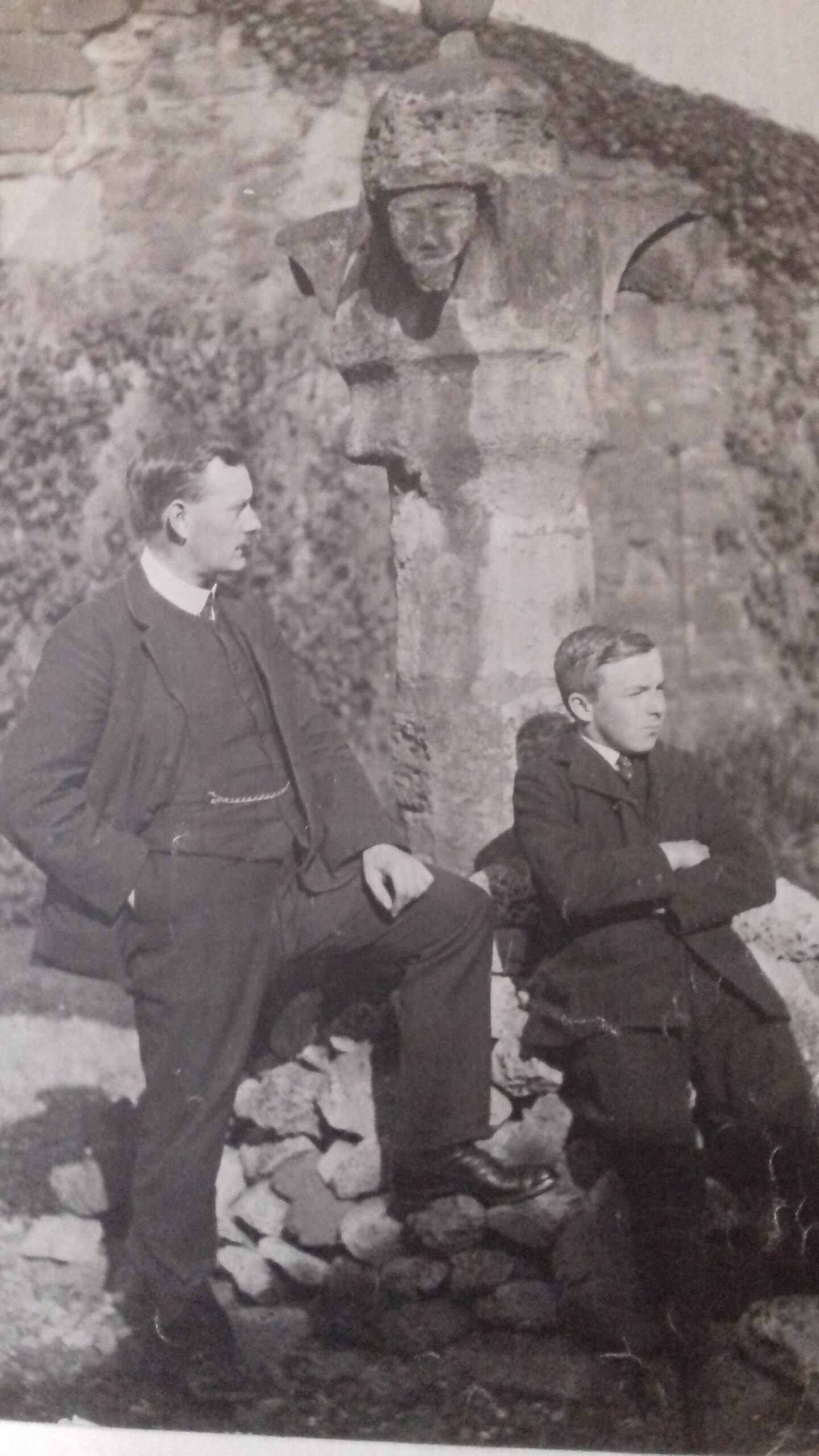