The local Government [Scotland] Act of 1973 swept away the Burgh and County Councils and in their place introduced a two tier system of Regional and District Councils. Malcolm Duncan, * the chief executive of East Lothian, reckoned that in 1975 East Lothian had 185 locally elected representatives on various committees. The number of individuals was slightly less because some individuals had more than one role. These committees were swept away by the act.

The Region was very large it covered four districts, East, West, Midlothian, and the City of Edinburgh. East Lothian was essentially the old county plus Musselburgh. The regional council was responsible for education, social work, water, sewerage and transport. Elections were held on 7th May 1974 and the new councillors shadowed the county council and took power on 16th May 1975. It was clear that the labour party intended to create a party system and the Conservative party felt it had to do the same. 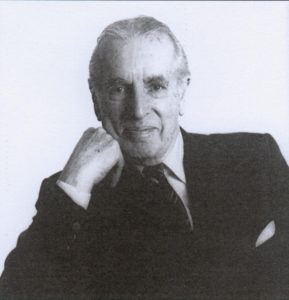 At the time of the last Burgh election in 1974 the independent councillors were faced with a strong labour challenge and asked for support from the conservative party. This was given and they held their seats. This led the Conservative party to expect that one councillor would stand for the new district seat. This did not happen and so, the party accepted an offer by Dr Russell Welsh, a member of staff at Dunbar Grammar School to be the candidate. Provost James stood as an independent and former councillor Alec Reid stood for labour. Dr Welsh was elected.

The District council was responsible for registrars, including marriages, tourism, housing, planning, cleansing etc. Dunbar Town House became the main local office, including the registrar and the council chamber became a marriage location. The registrar was Lt Col W Chapman. There were a number of other officials in various locations. The former registrar’s office became the Day Centre.

At the request of the Twinning committee East Lothian council concluded a twinning agreement with Lignieres, in Cher in 1994. A ceremony was held in Dunbar parish Church on 16th April. As chairman of the Twinning committee I hosted the visit and Councillor George Wanless convened the ceremony, A second ceremony was held in Lignieres in October. As local councillor, I was a member of the Council’s delegation to France and signed the twinning protocol. The District Council came to an end on 30th March 1996.

Councillors were not paid an allowance up to that point but were paid travelling and some other expenses. In 1996 an allowance of £5000 plus expenses was paid to councillors on the new unitary council. In 2007 a salary of £15, 452 was proposed and a pension scheme was introduced. [in fact, East Lothian paid£13, 996. 41]. In 2016/17 the council leader was paid £28, 157, other senior councillors, w ere paid intermediate sums and ordinary councillors were paid £16, 893 plus expenses.

In 2007 seven new wards were introduced with a single transferable voting system and each ward having three or four councillors. This replaced the 23 single member wards. In Dunbar and East Linton Paul McLennan (SNP), Jacquie Bell, Liberal Democrat and Norman Hampshire were elected. The SNP and the Liberal Democrats formed a coalition which put labour out of office. Paul McLennan was leader of the council (2007-10). At the election of 2012 Norman Hampshire, Paul Mclennan and Michael Veitch, Conservative were elected and labour regained their position as the largest party. The conservatives increased their holding to three seats. They formed a coalition with the labour group. Ludovic Broun-Lindsay became Provost, and so became non political and Michael Veitch became leader of the Conservative group. In 2017 Norman Hampshire, Sue Kempson Conservative and Paul Mclennan were elected.

During this period of forty five years a number of important projects were carried out in Dunbar not all by the councils. Countess Youth Centre was built and staffed largely by volunteers. An enterprise largely inspired by Police Sergeant Boag, It opened in 1982. The library had moved into a refurbished Castellau House in 1972 and was further developed. The outdoor pool complex was eventually demolished in 1985 and the coastline returned to nature. The new leisure pool was opened in 1992. This followed the demolition of the barracks, which had been used in various ways, in 1989 there was an important archaeological study. Lauderdale house was renovated and converted to flats in 1994.

The primary school was extended in 1999 and then a new campus was built at Hallhill. It was officially opened on Wed 28th September 2011 by Michael Russell MSP, Cabinet Secretary for Education & Lifelong Learning in the Scottish Government. It is known as the John Muir Campus. Dunbar Town House was refurbished in 2011 and was reopened on 27th November 2011. The grammar School was extended in stages to double its former self. 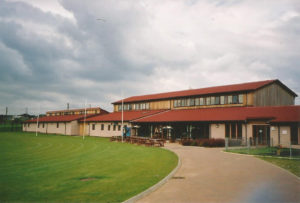 As a result of an initiative by Norman Hampshire, Hallhill Healthy Living centre was built and opened in 1997. Dunbar United and Colts moved from the site next to the primary school to a new ground at Hallhill and the community woodland was established. The John Muir country park was established in 1976. In 1980 the John Muir Birthplace was established as a small museum and then, following the creation of the Birthplace trust in 1998 it has become a major tourist attraction. Countess youth club and the scout hut were demolished and the new Bleachingfield centre was opened in May 2012. Lauderdale park was revamped in 1984. A new gate into Parsonspool, erected in 2002 to mark the Queen’s Golden Jubilee made the park much more available to the community as a whole.

A major regeneration occurred in the High Street with the Dunbar Heritage Initiative launched by LEEL (Lothian&Edinburgh Enterprise Ltd.) in 1986 which led to a huge investment in renovations including Lauderdale House and the streetscape of the High Street. Regeneration has occurred at the harbour and recent renovation of the battery has made an interesting venue. 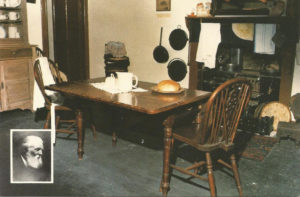 Important developments in industry have also had a major impact. Torness power station constructed from 1978 and opened by Margaret Thatcher on 13 May 1989 has had a huge effect both during construction and since. Blue Circle developed from1961and opened in1963 and modernised in 1985 still plays an important role in the community. It did have a Deer park social club c 1960 closed c1990 which was for a time an important social centre. Haul Waste now Viridor Landfill and the new Energy Recovery Facility, which burns waste, is a source of local employment. Belhaven Brewery now 300 years old, established in 1719 has an international reputation and is important in the community.

A number of key buildings have disappeared; The Golf hotel 1992 and Cromwell House 1987 by fire. The Old Burgh School, which had been used for minor industrial use demolished in 1978 and replaced by housing at Woodbush, the Roxburghe hotel demolished in 1996 and rebuilt as flats, the Cinema in 1985 replaced by as medical centre and now a nursery. The Bellevue Hotel was destroyed by fire in Feb 1989. It had a temporary return but was demolished in 2006 and converted into sheltered housing as Bellevue Court. Important sheltered housing complexes have been built. Lammermuir House built by the Civil service Benevolent Fund was opened by the queen, on 30th July1 986. The Council considered it a private visit and did not provide flags. The community Council bought a job lot of which two were stolen. Rumour had it that the dragon of Wales was subsequently a bed spread in a High Street flat.

During the period, and particularly, in the recent past there has been as enormous amount of house building, most of it private housing. There is a widespread feeling that we have reached capacity and that services are under pressure. One direct result of the current Council structure is that it is a tremendous source of employment. It has over 4800 staff, many times the number employed by the county and burgh in 1975.

The 4th Statistical Account is available online, in the library to consult or for purchase.