Sgt Penn was a professional soldier who served with great distinction in the 19th century. He was a survivor of the Charge of the Light Brigade at the Battle of Balaclava, and was at one time the most highly decorated soldier in the British Army. After his regular army service he came to live in Dunbar where he was a sergeant instructor to the Lothian and Border Yeomanry. He was also a member of the Dunbar Masonic Lodge.

His memorial in the Parish Churchyard had fallen into disrepair. The monument was stabilised by ELC workers, and a full program of cleaning and restoration was undertaken by Robertson Memorials. This work was funded through a generous donation from the Dunbar Masonic Lodge. 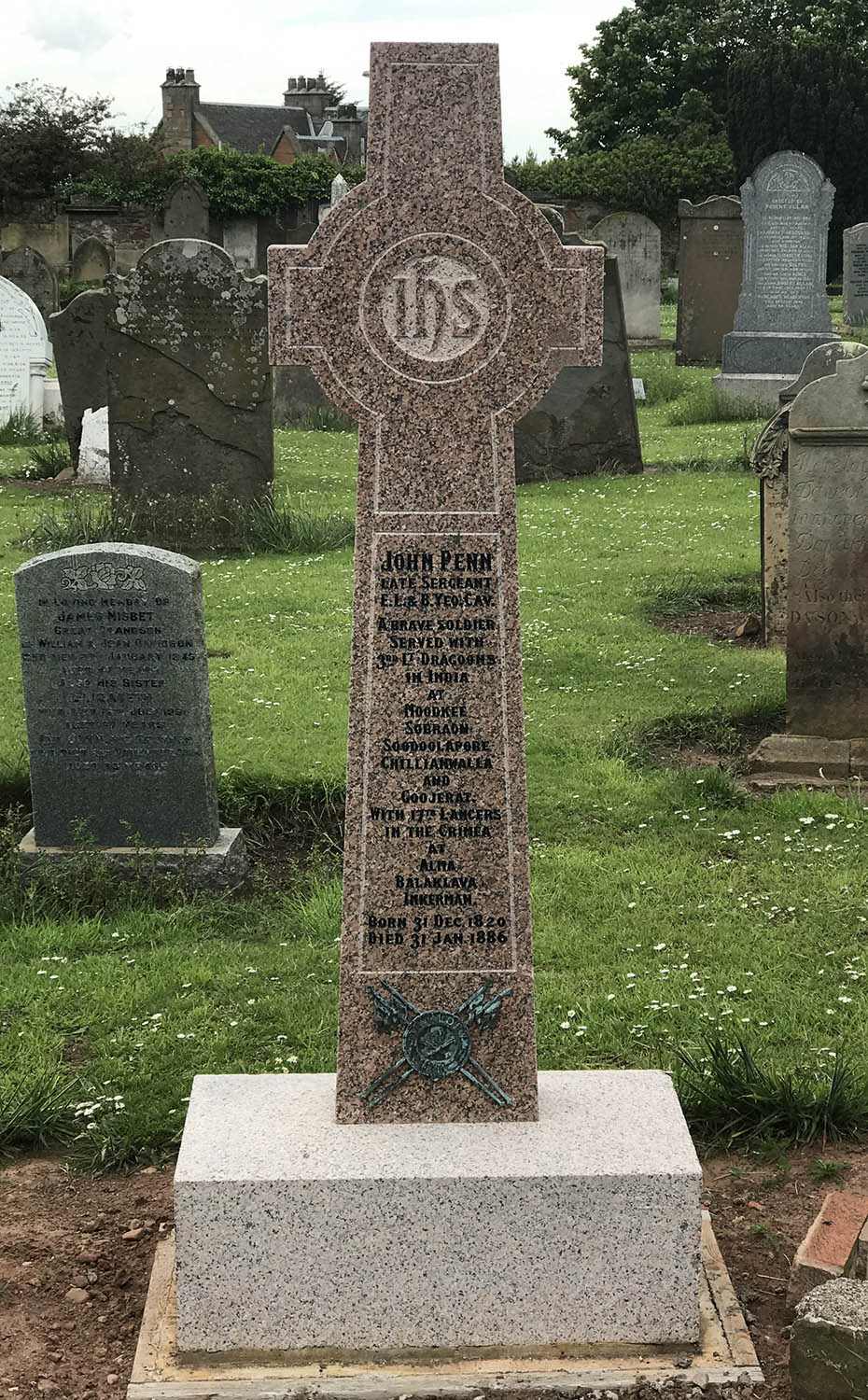