The Annual Awards Night was held on 17 June 2019 in the Dunbar Council Chamber. A total of 15 groups and individuals from all walks of life were honoured for their achievements and for their contributions to the Dunbar Community. 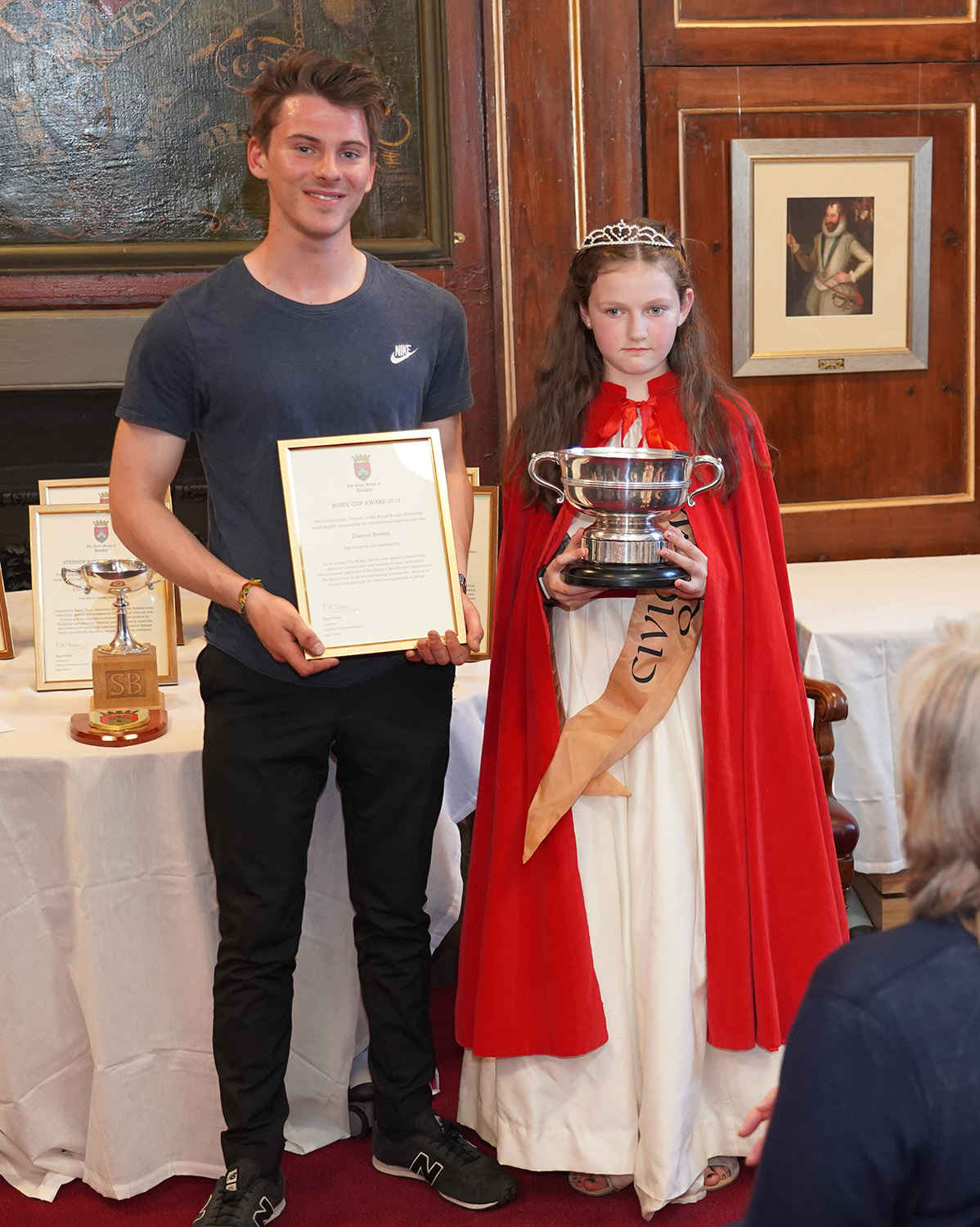 The Bowe Cup: was awarded to Darren Brown, who via the Ridge has turned himself around, is their first modern apprentice, and is now a skilled stonemason. 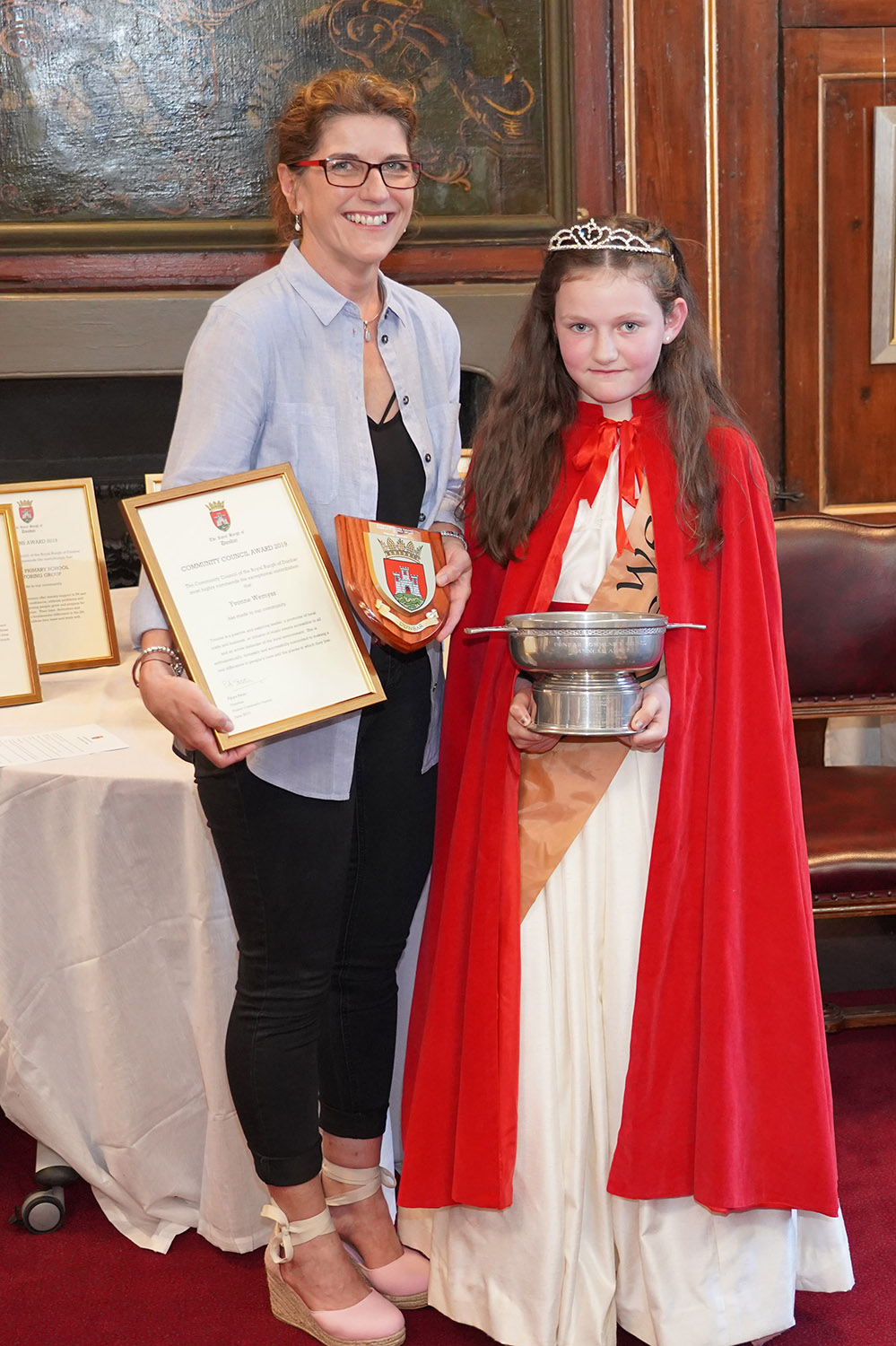 The Community Council Award: went to Yvonne Wemyss for her selfless dedication to volunteer work around the town, which includes Christmas Lights, The Community Craft Company, Dunbar against Litter, The Harbour Trust, and Sparkling Dunbar. 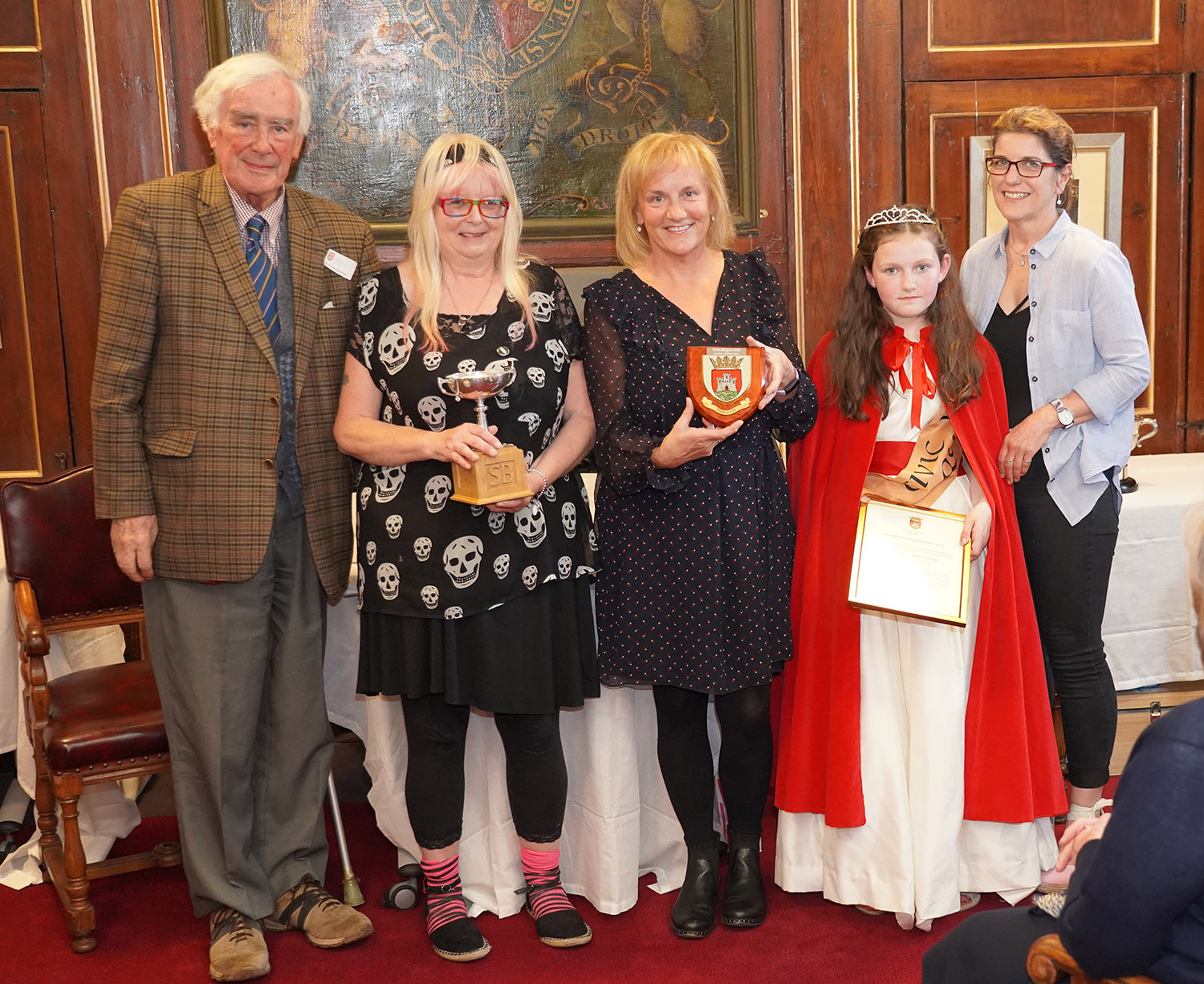 The Stephen Bunyan Cup: went to Nessie Radge Romie and her team of Dunbar Against Litter. They now have some 1000 members who all help to litterpick and keep Dunbar tidy.

Many other worthy candidates received certificates in recognition of their contribution to our community. 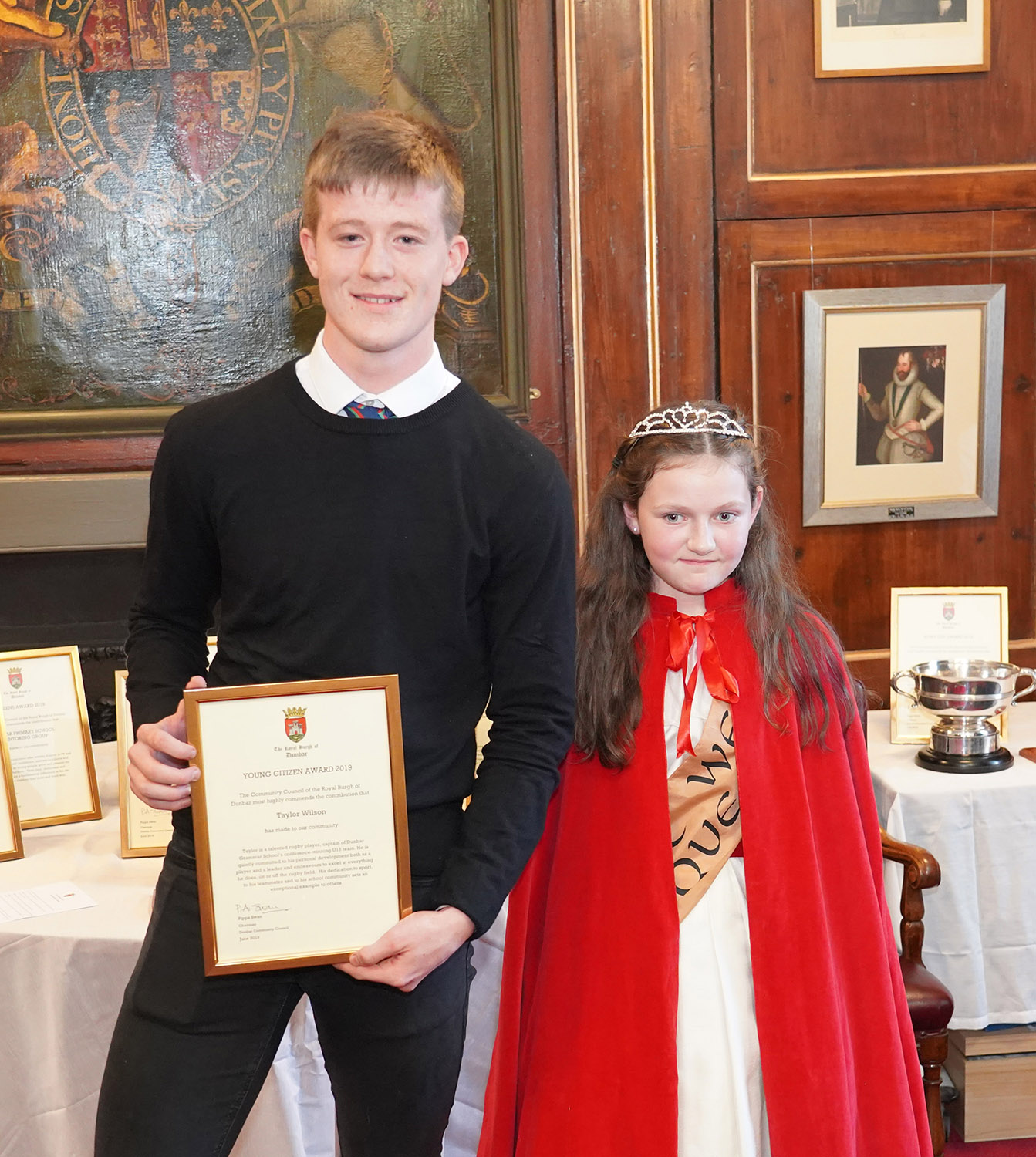 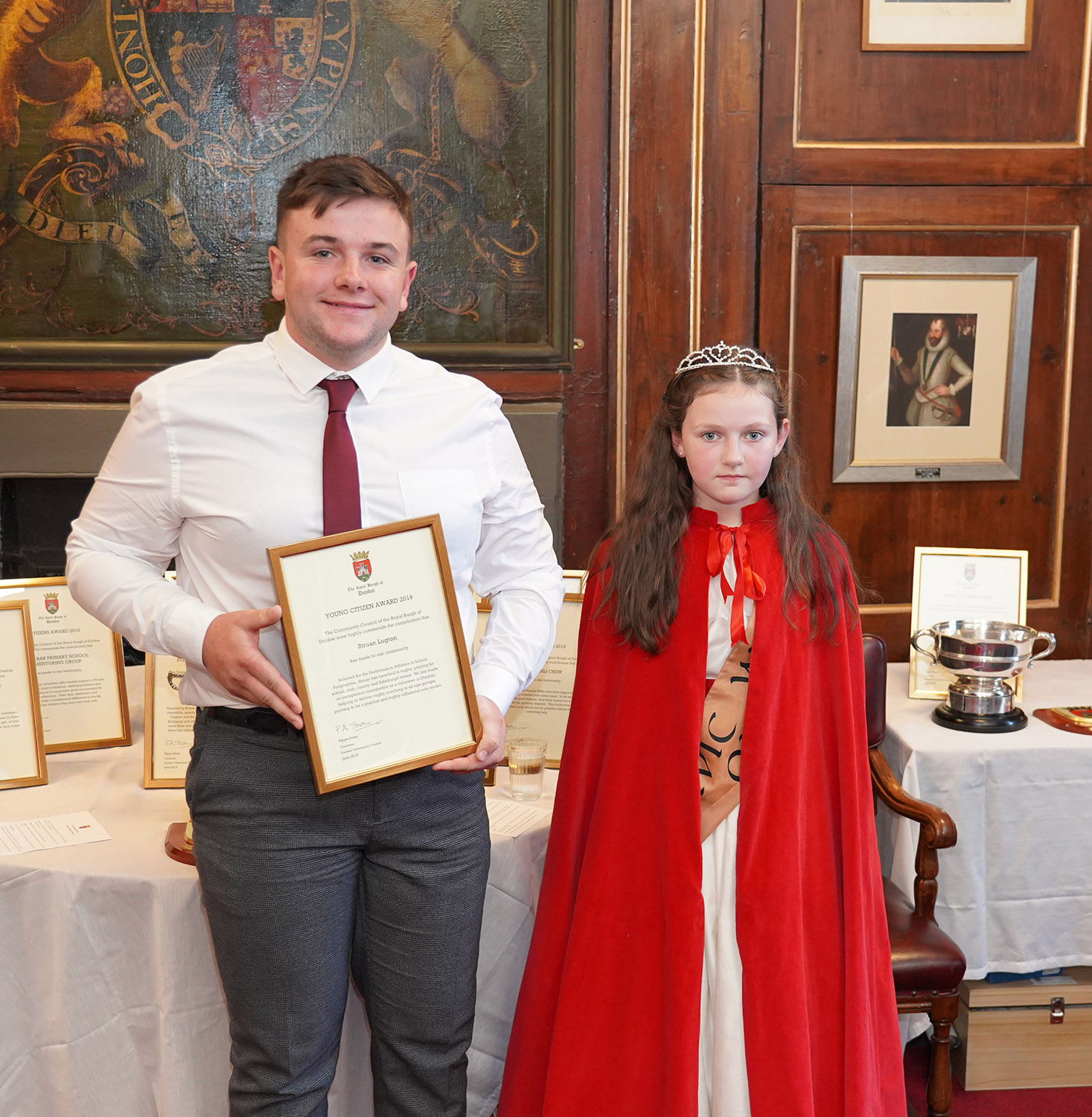 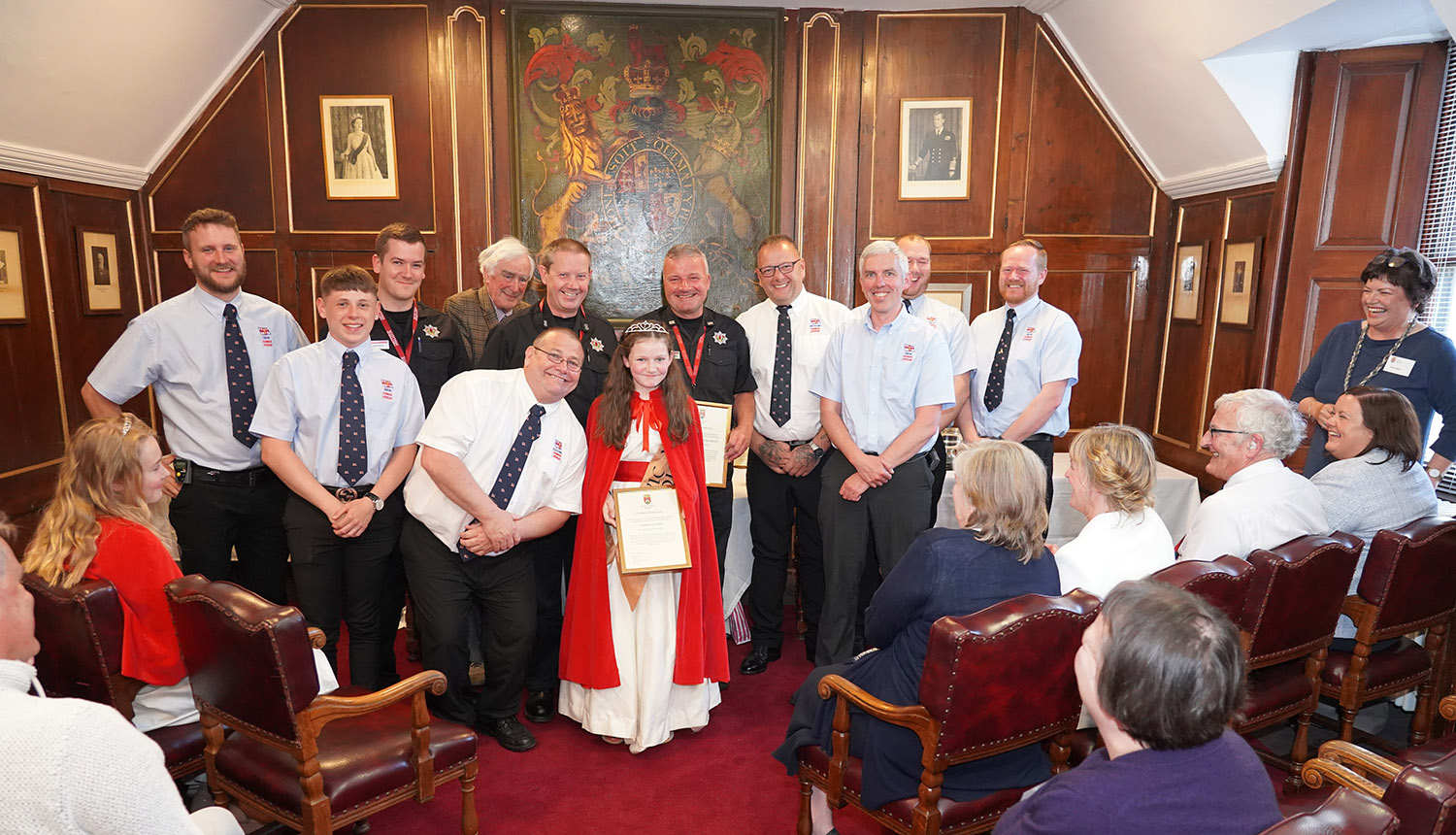 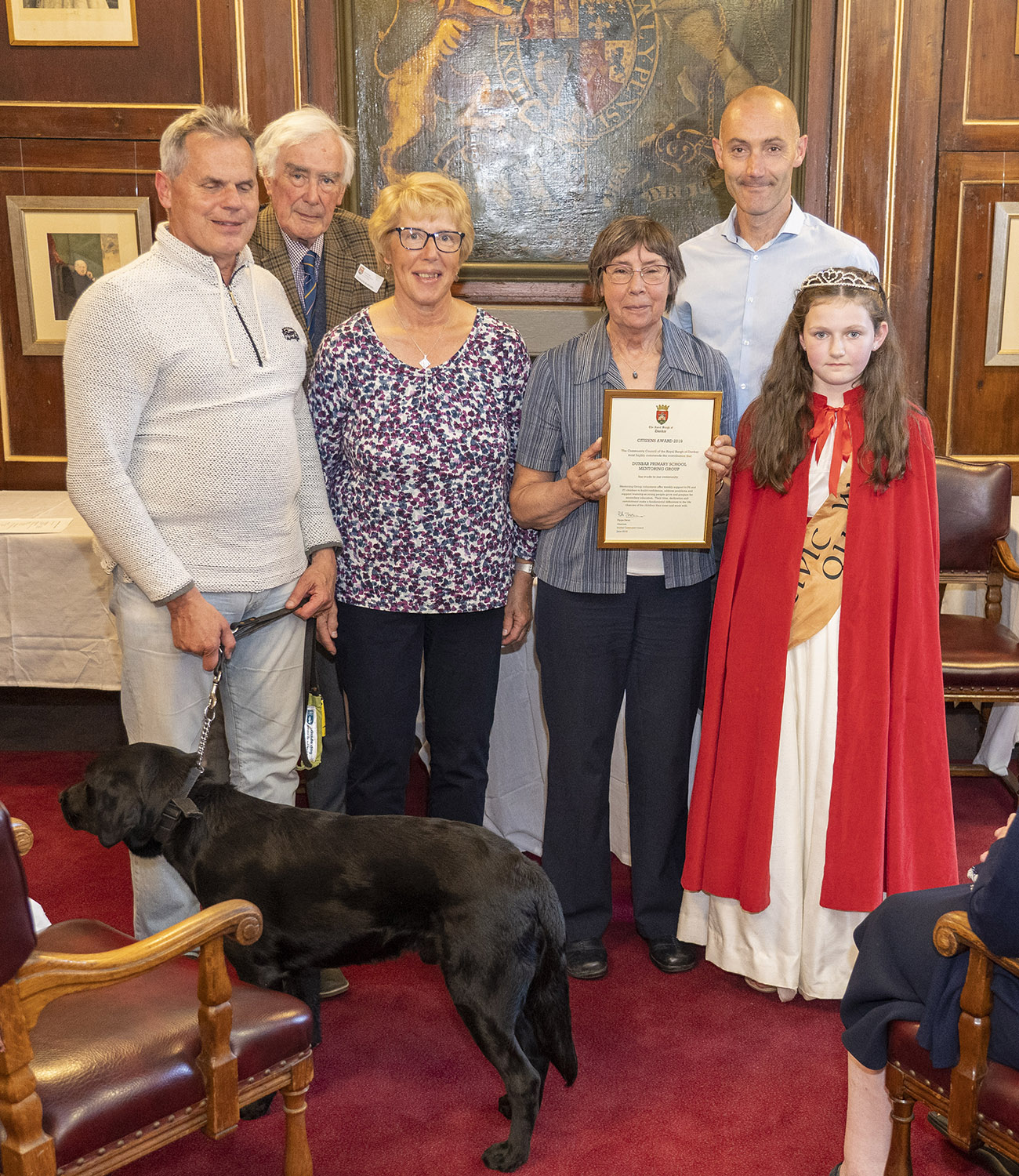 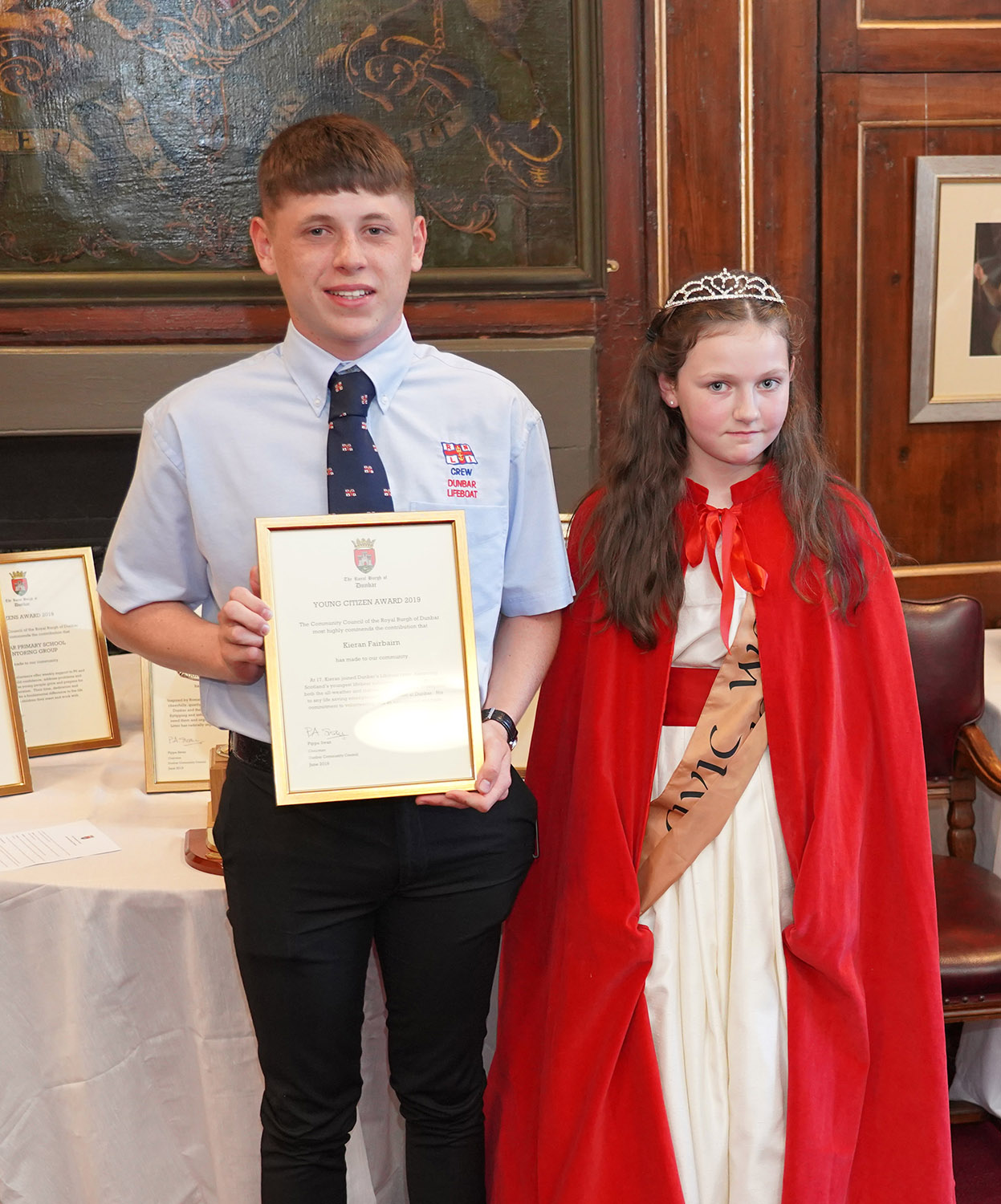 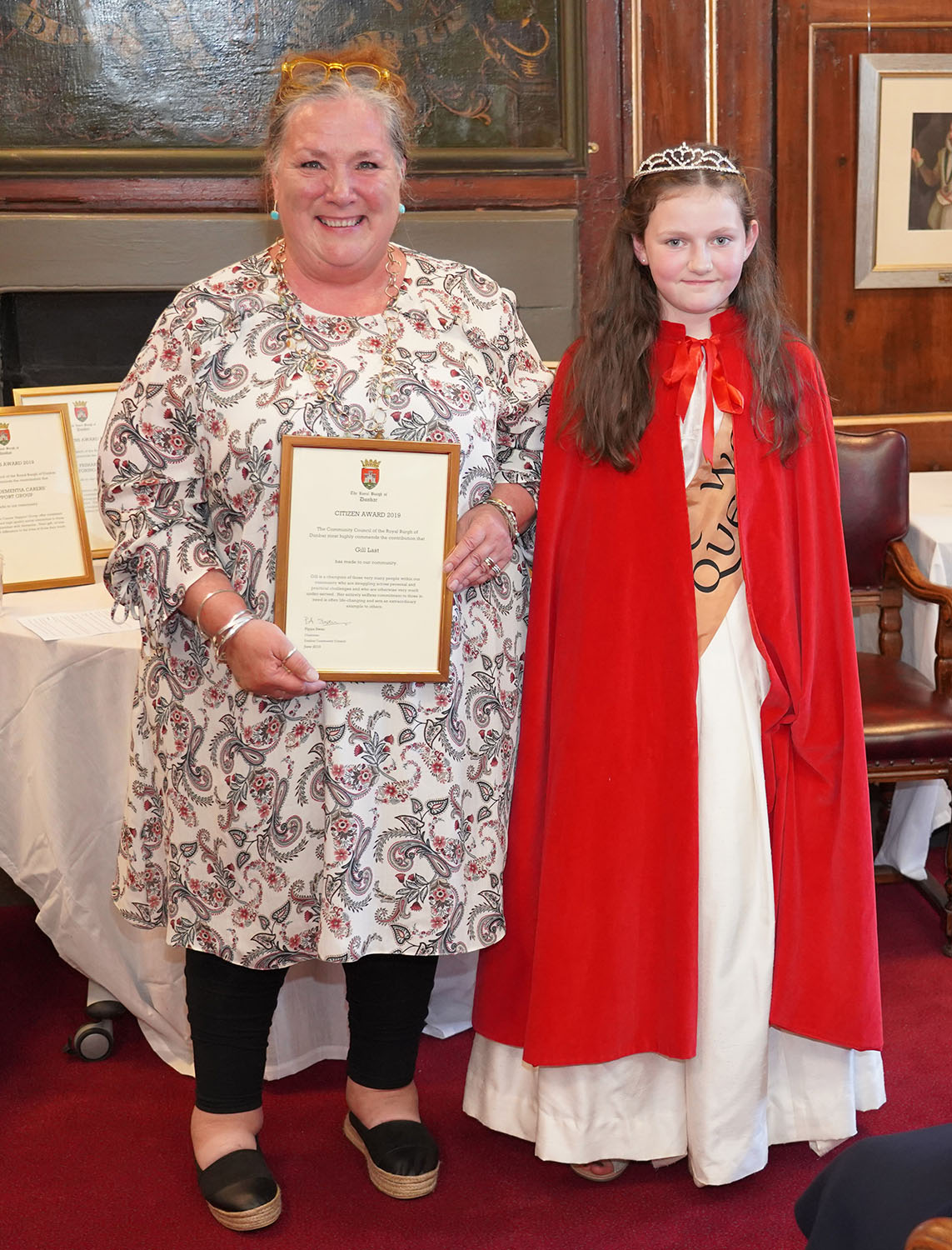 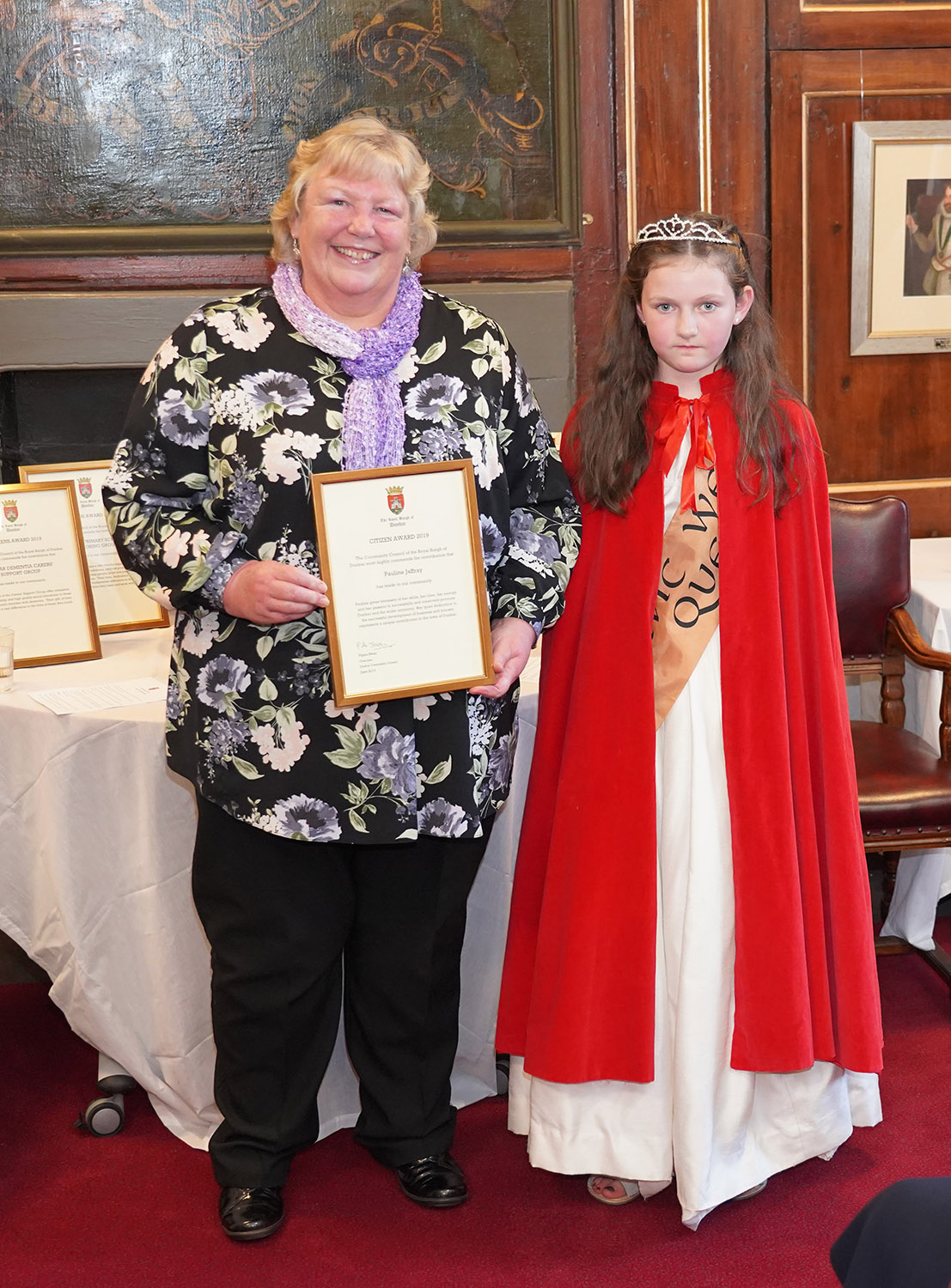 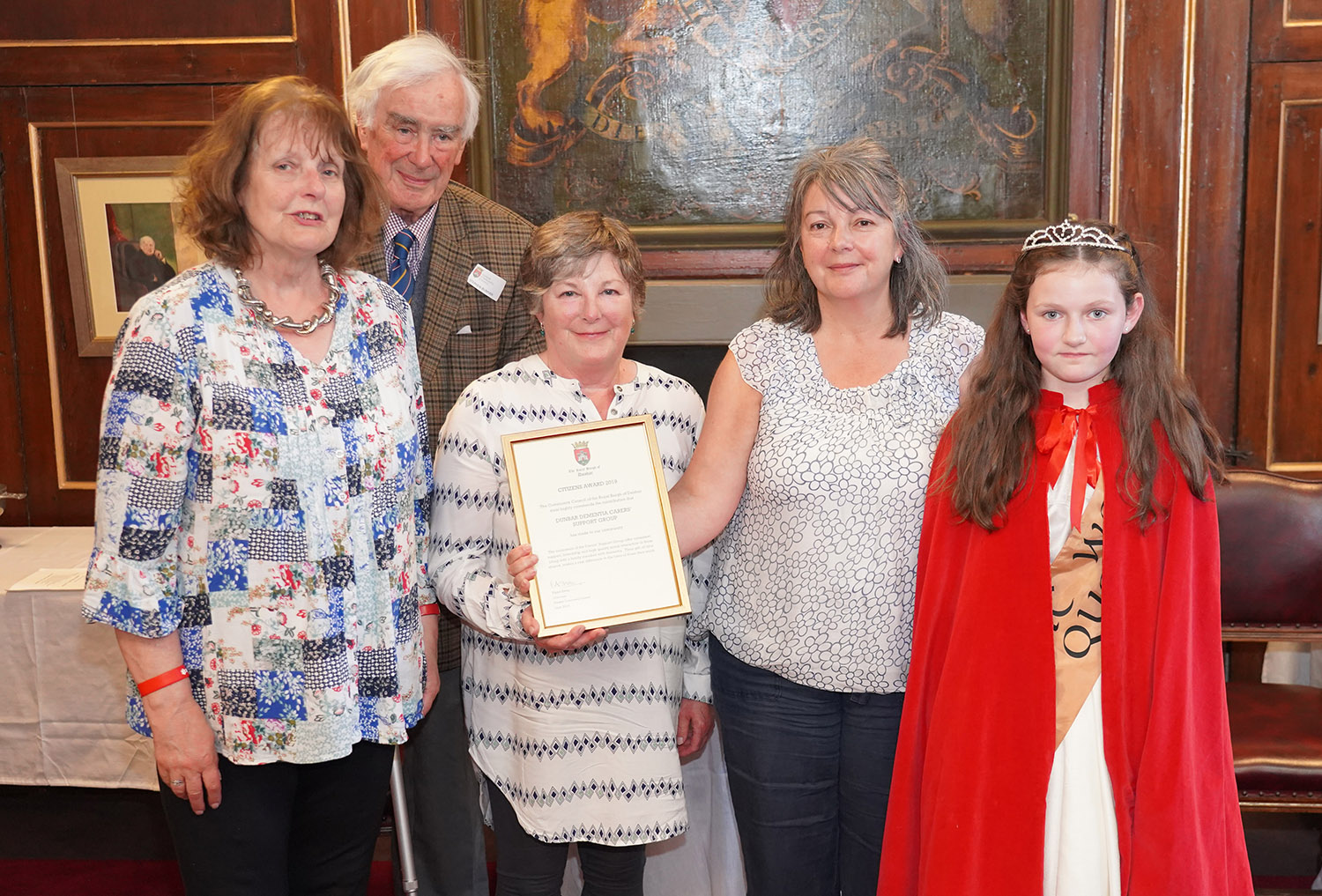 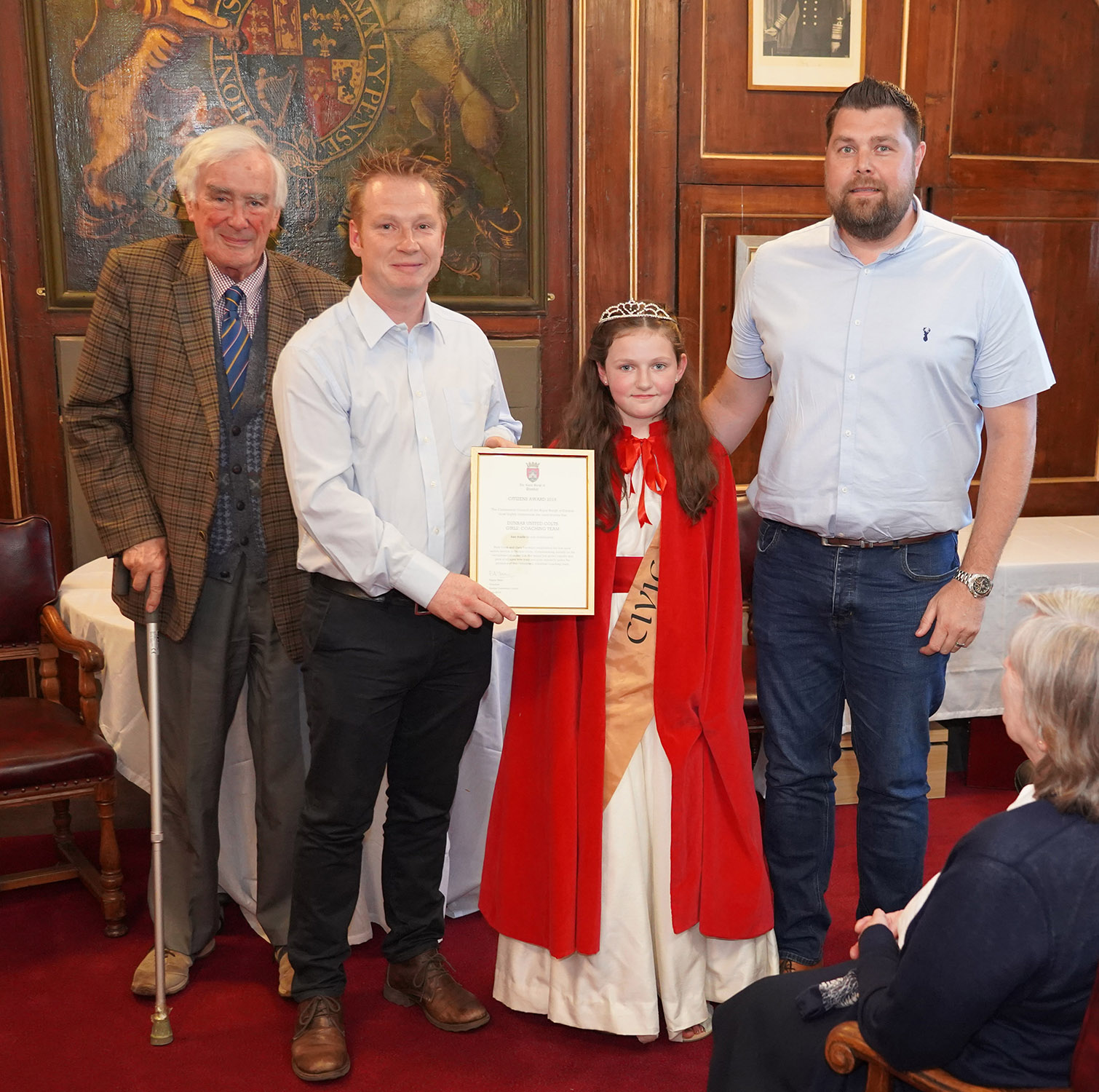 Also awarded certificates in absentia were: Janet Fairbairn and Maureen Beckett of the Dunbar WC Attendants team, and James Craig Page for his contribution to local art and bringing the European Stone Stacking competition to Dunbar,