There was a moving ceremony on ANZAC Day today for two young airman from New Zealand who died when their Beaufighter aircraft crashed on a training mission from RAF East Fortune near the end of WW2. The aircraft struck high ground at Middle Monynut which now lies within the area of the Aikengall Wind Farm. The memorial stone and the commemoration service were organised by Community Windpower Ltd. There were 6 family members present and a number of ViPs, including Ben Macpherson MSP, Sir Neil McIntosh (NZ Honorary Consul), the Assistant NZ Air Attache, and Provost John McMillan. The RAF was represnted by members of 603 (City of Edinburgh) Squadron. There was a flypast by a WW2 Harvard T6 and a Typhoon from 6 Squadron at RAF Lossiemouth. Afterwards there was a buffet lunch at the BeGreen shop in Dunbar. 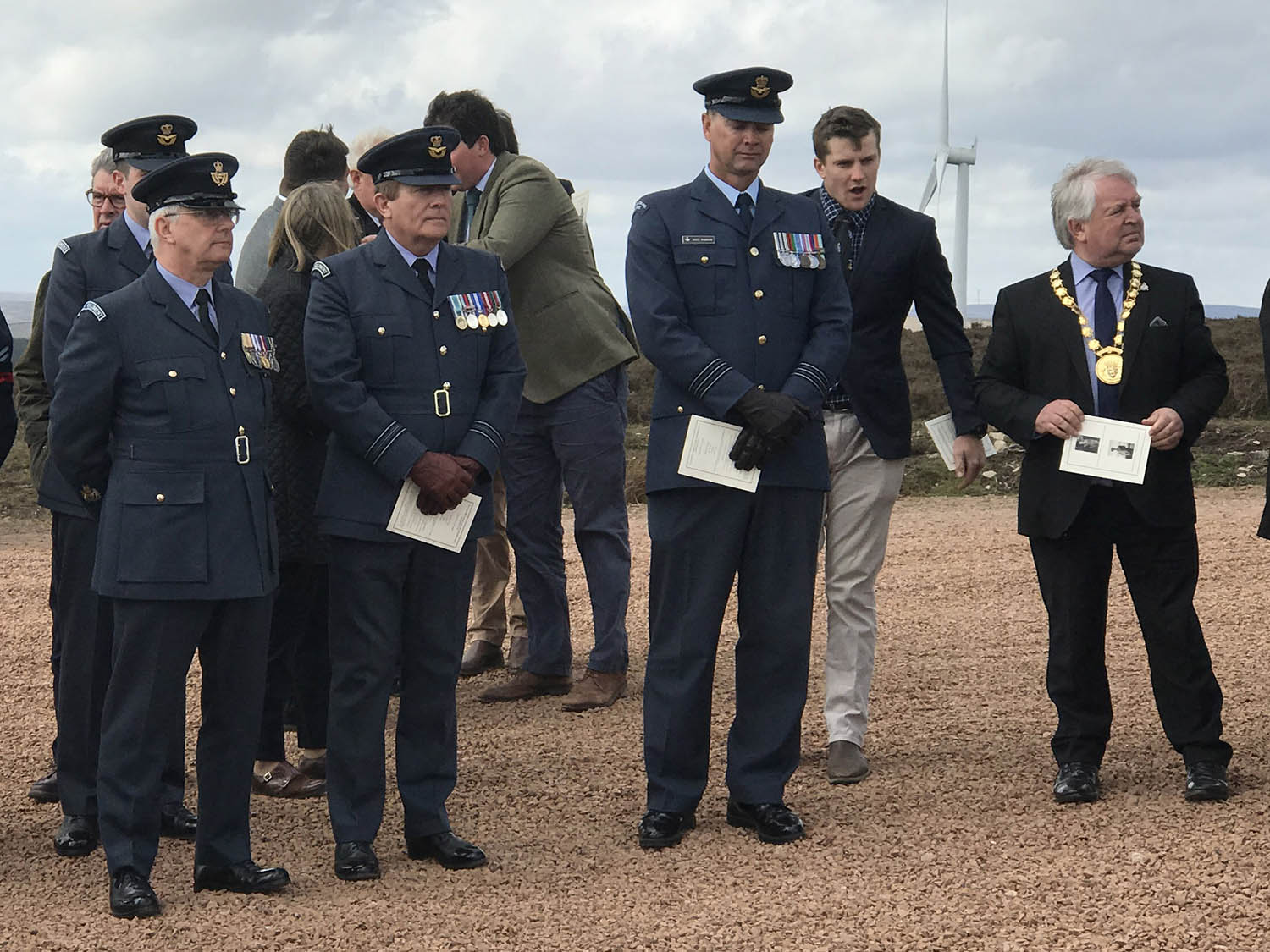 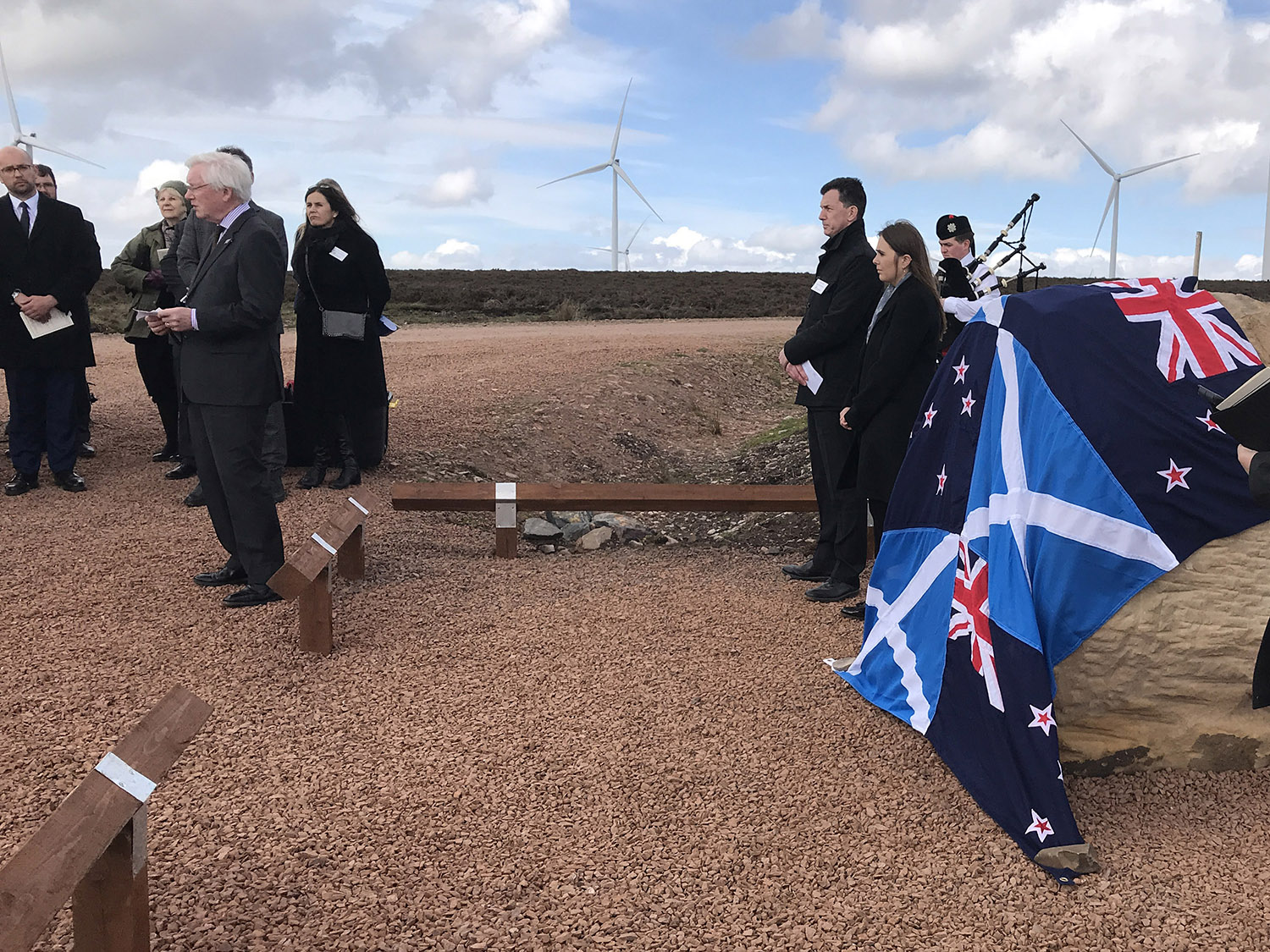 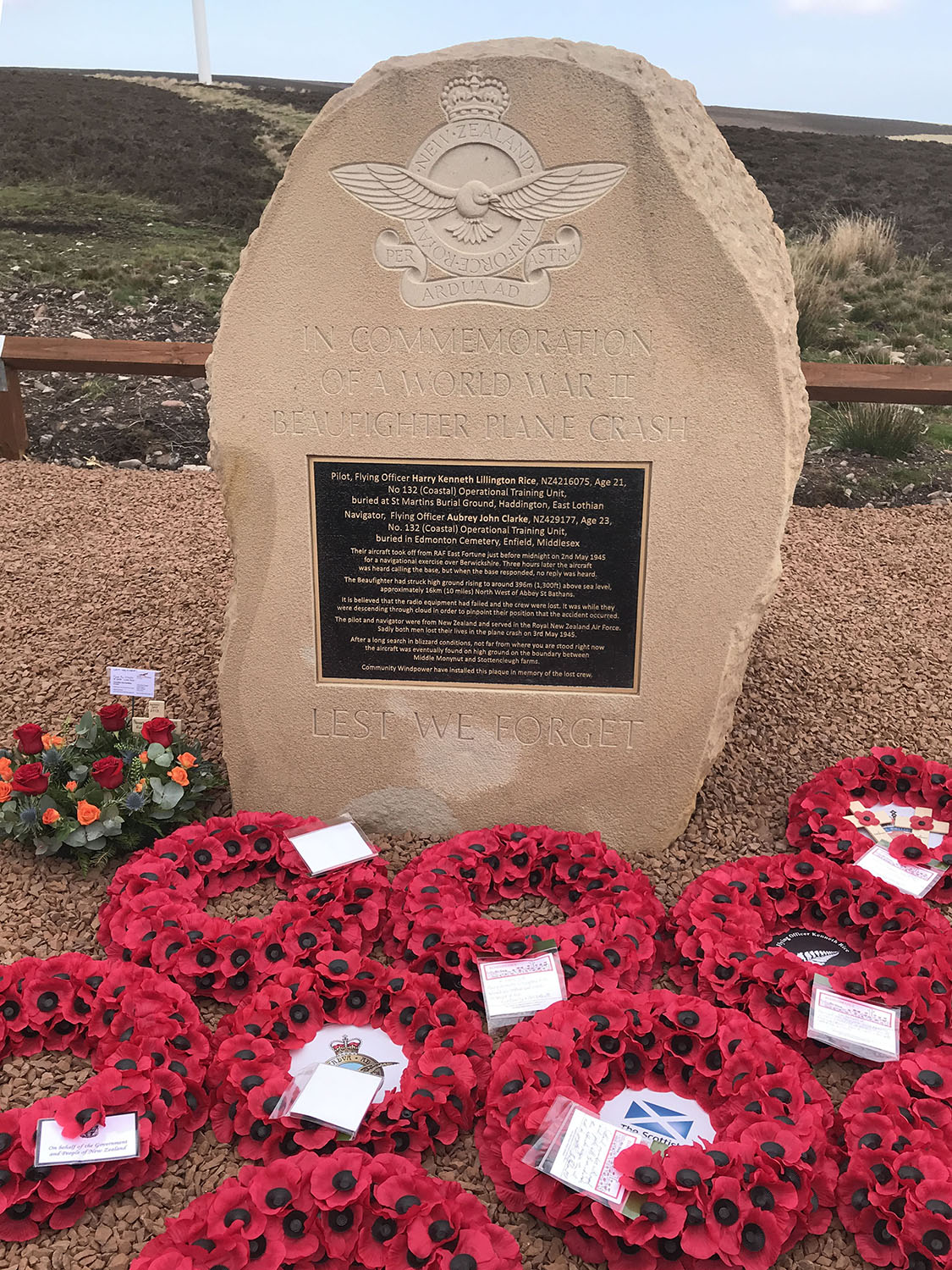 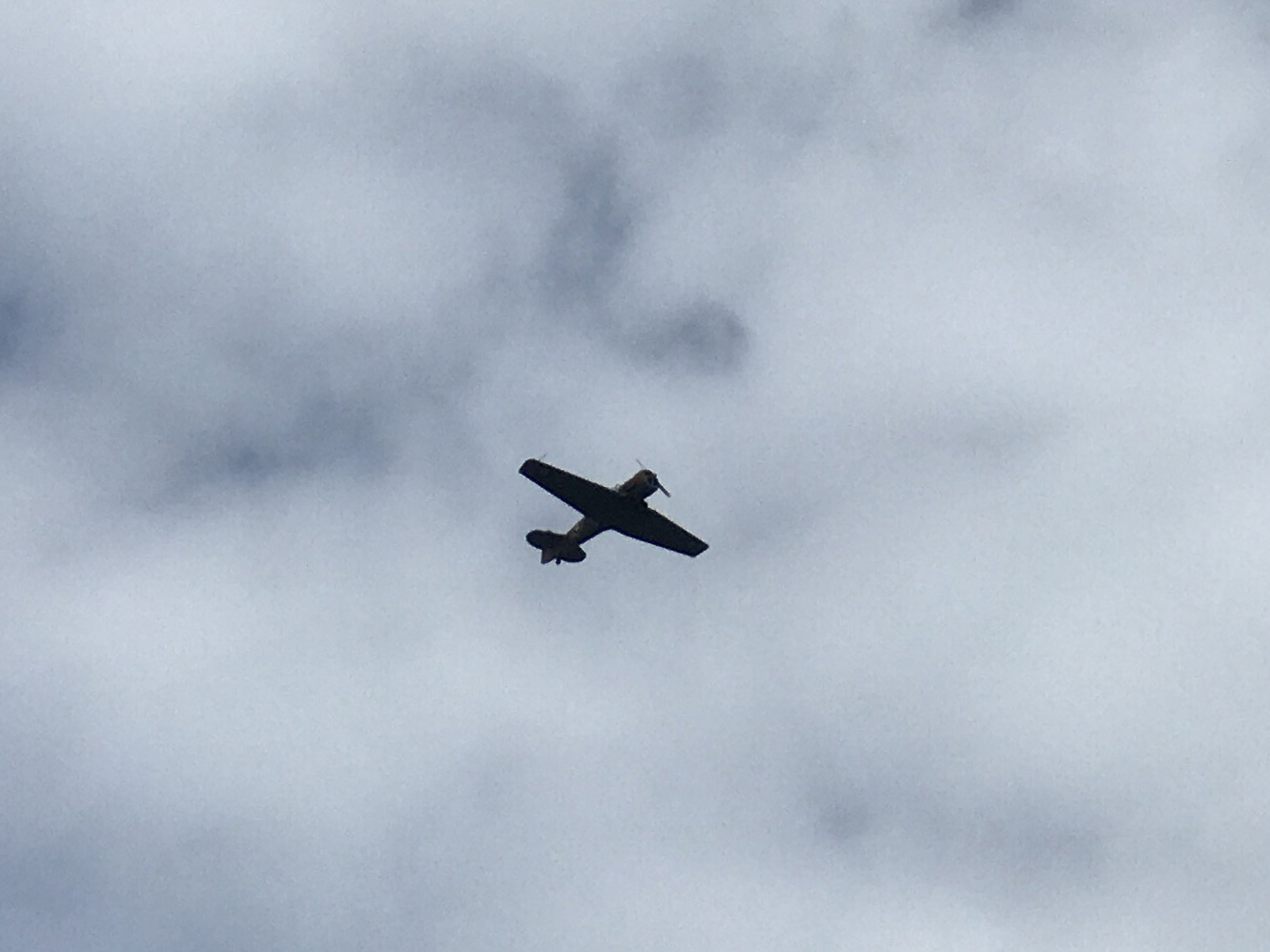 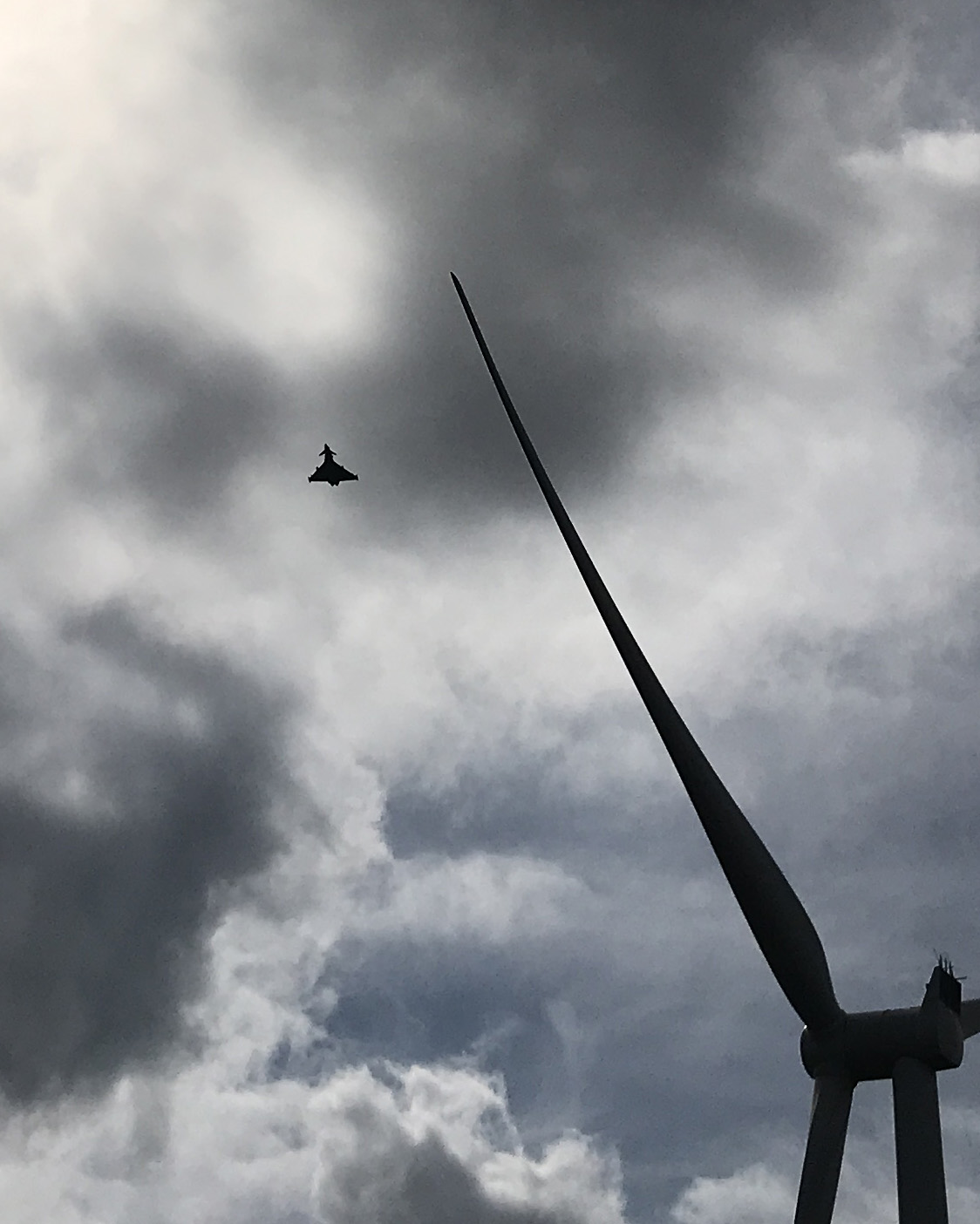