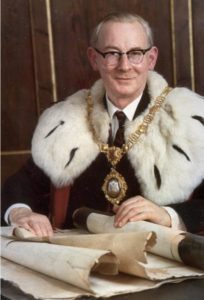 Provost R H (Jimmy) James set up a committee to consider the question of the celebration of the 6th centenary anniversary of the Charter. He invited Peter MacIntyre a former dux boy of Dunbar School and history graduate of, and administrator at, Edinburgh university and me to be on it.

Several official functions were held. A united service was held at Dunbar Parish church. This was commemorated with a bronze plaque which survived the fire. A big exhibition was organised in the Victoria ballroom (formerly the Barracks gymnasium, then upgraded and now demolished).

I wrote ’A walk round the old burgh of Dunbar’ and wrote a pageant called ‘Dunbar in history’, which was performed by a large number of pupils at the Grammar school.

With Rob McDougall manning the school’s new video camera I interviewed a number of interesting older residents. The edited version of this called ’Douce mindings’ was shown at the exhibition and is still held by Dunbar and District History Society. The interview with Isa Grahame raised great interest but another with Ollie Pott was most emotive. He had been with a brother Martin in a Great War trench when his brother was killed. Corp Martin Pott 1st/4th batt Royal Scots died of his wounds received in actions in France 23 Aug 1918, aged 24. Ollie and his brother Willie were popular hosts in the Black Bull for many years. 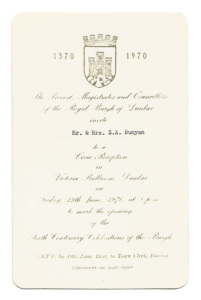 The Town House or Tolbooth was the centre of the Burgh and from which the administration was directed by various officials headed by the town clerk Sid Brown .

This building is probably the oldest of its kind in Scotland and is still used for Community Council meetings and other events and since 1975 has been an authorised marriage centre.

It seems certain that its medieval predecessor was closer to the castle.

It was in a ruinous condition probably having been largely destroyed, as much of the town had been in the Hertford wooing of 1548. People had complained that trials were held in a ruinous barn at the church.

Mary, Queen of Scots had granted church land to the burgh on the landward side of the High Street in 1567 and it seems likely that the present High St was laid out then. In any event the town council ordered that those in the burgh with horses and carts would go to the quarry and collect stones and convey them for the ‘re biggin‘ of the tollbooth. 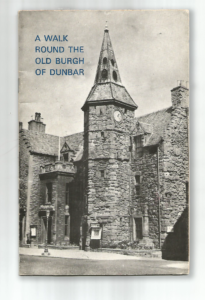 The first provost for whom we have a name is Sir George Home of Spott, later Earl of Dunbar. He became one of James 6th’ s principal ministers and later, Earl of Dunbar. He secured a charter from the King in which conferred many benefits on the burgh. This was conferred on 1st March 1603 just before the King and Home departed for London. It confirmed the charters granted by David 2nd, James 2nd, and Mary. Mary’s charter made provision for Provost baillies, a sheriff etc.

This was again confirmed in a charter of 1618.

Home became very important in London and gained many benefits, including the disposal of the late queen’s wardrobe which he reportedly sold for the incredible sum of £100,000.

He built a magnificent palace in Berwick which was complete at the time of his death but which he never occupied, and which has now gone.

His magnificent tomb by Maximilian Colt is In Dunbar Parish Church.(*)

A copy of his portrait is displayed in the Council chamber.

It was fortunate that the council still had a lot of staff in 1970 and in particular the Tourism Officer, Len Abbie and his assistant Jean Foster.

Dunbar was rather a different place in 1970. It had a smaller more integrated population and had not yet penetrated much beyond the railway though Ashfield Court a and Brunt Court etc had been built. In 1962 an overspill agreement had been made with Glasgow and 157 houses in Wingate Crescent area (known locally as the electric scheme ) had been built for it. There were of course other incomers including many teachers and some members of the Town Council.

Perhaps the greatest difference from today, was that it was administered by a town or burgh council with its own HQ and a team of officials and employees .There was also a county council which had different functions like roads and education and which provided administration for the villages and the rural area. 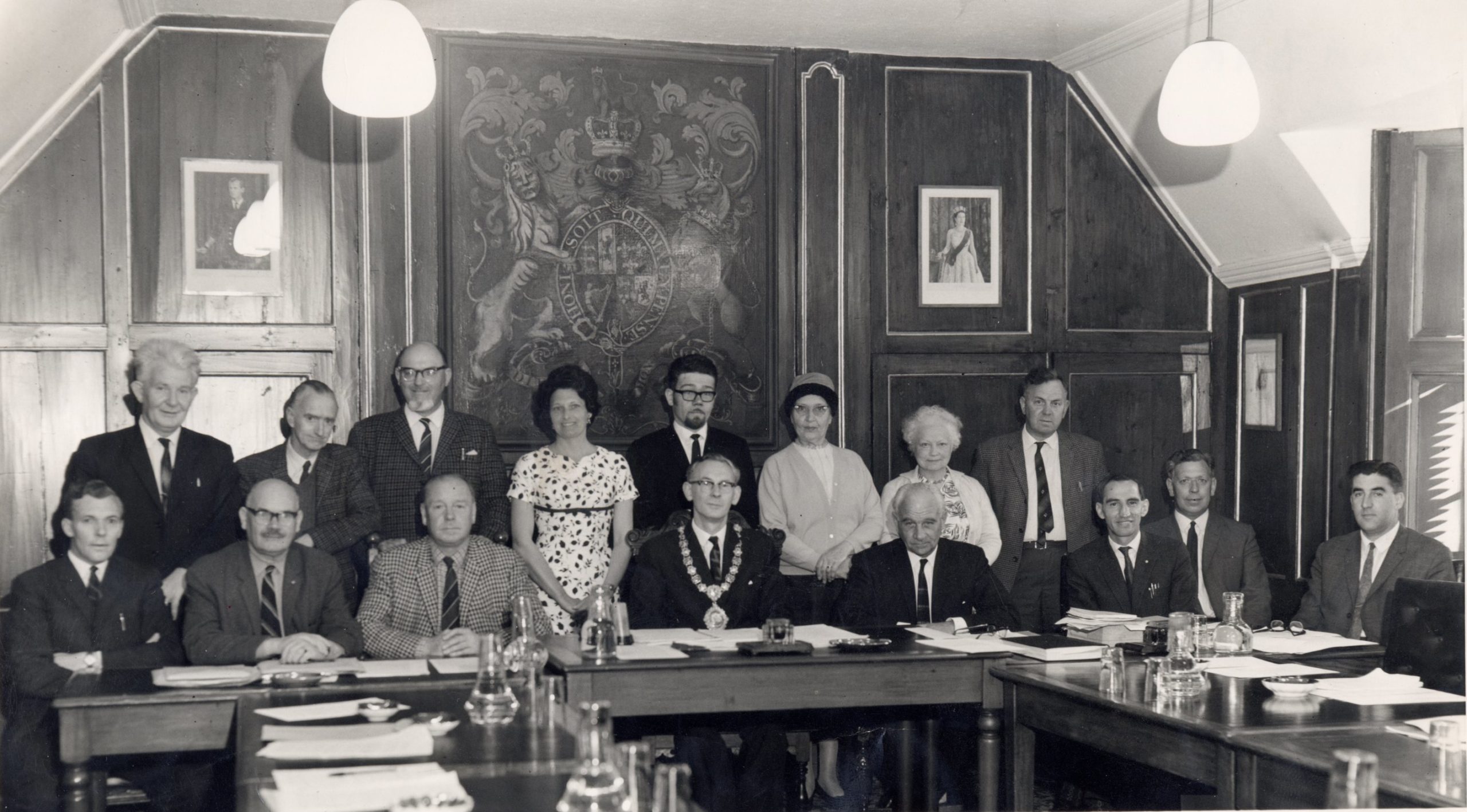 Royal Burghs had been created in Lowland Scotland by King David 1st Berwick and Roxburghe c1124 were first with Edinburgh and others created by 1130.

The earldom of Dunbar had been confiscated by King James 1st. in 1435 and all the earl’s estates were vested in the crown.

The earldom was settled by James 2nd on his second son, the Duke of Albany.

The burgh now became a royal burgh by a charter conferred upon it by King James 2nd on 16th August 1445.

The royal burghs were important in medieval Scotland By 1488 there were 33 and representatives went to parliament from the reign of James 3rd .Marie de Guise (regent for Mary)strengthened their position and they were to be consulted on matters of peace and war. James 6th authorised four meetings of the convention per year in in 1578.They were considered a useful indication of public opinion and played an important role in controlling trade. They were responsible for controlling weights and measures. Other burghs were included from the 17th century but the royal burghs remained the most important.

Eventually they were seen as an anachronism by some people.

Some were very small like Lauder with c. 500 inhabitants and it seemed anachronistic that it should have more influence than much bigger places like Hawick.

An enquiry chaired by Lord Wheatley was set up which proposed as new system. Several changes were made by parliament, but an act was passed in October 1973 which proposed sweeping changes. It was implemented on 16th May 1975. This meant that the old system of Burghs with a provost, baillies, burgesses, Dean of Guilds and other officials were swept away. The baillie courts which had tried minor offences were no more. They were not used very much at the end .I only remember one case which was for urination in the Town House close.

On that night in 1975 eight hundred years of Scottish history was swept away.

Reading the minute of the last meeting, I don’t think the councillors really believed it had really happened.

We all woke up next day to find a very different situation in operation.

(* See Dunbar Parish Church Tribute to the past, Hope for the future. (1987) East Lothian Antiquarian Society or available on enquiry)